A fast-growing health information management company has signed a lease to move its headquarters to a 9,000-square-foot space in the first office building at the oneC1TY mixed-use campus on Charlotte Avenue.
Nashville-based MediCopy Services Inc. joins Tennessee Orthopaedic Alliance and the Cumberland Center, a business and university alliance, as tenants in the 120,000-square-foot building, which is expected to be completed in mid-October.

The four-story building is about 85 percent leased, including space oneC1TY’s General Manager Ryan Doyle said will be occupied by a pair of other technology-related tenants that already have local offices.

The C1TYblox mini retail district at oneC1TY currently has Nashville Sports Leagues as a tenant, with raw food restaurant AVO and CrossFit Nashville, among others, expected to move into the recycled shipping containers in the coming weeks.

MediCopy will have roughly 50 employees at its new headquarters, to which the company will move from the office building at 210 12th Ave. S. in Nashville’s Gulch area.

“As the city continues to grow, it is nice to be planted right smack dab in the middle of the trendiest, most innovative part of the city,” MediCopy CEO Elliott Holt said. Holt started MediCopy fifteen years ago and grew it to be one of the 5,000 fastest-growing private companies in the U.S.

Read the full article as published by The Tennessean here. 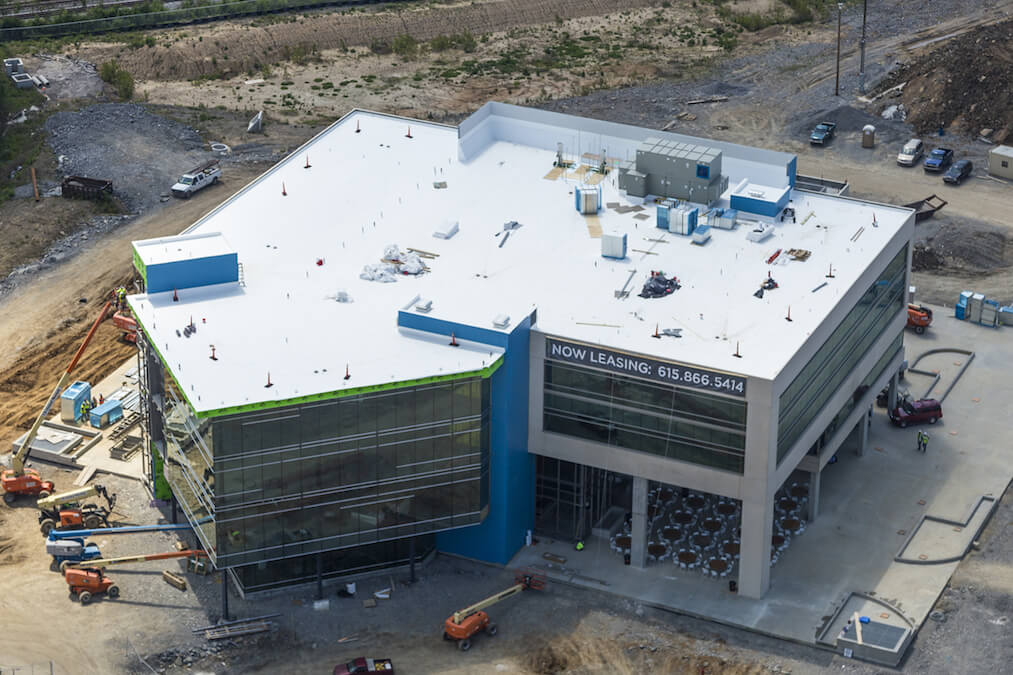 @nashvilleshakes Summer Shakespeare Festival is back at oneC1TY August 18 - September 18.

When you need some Monday motivation, the crew at @crossfitnashville show you what accountability looks like!
💪 ... See MoreSee Less

THIS SATURDAY: Join us for a FREE fest for pups! 🐶

Bring your canine companions to @nashvillepupsandpints for an afternoon of dog-centric activities and local pet vendors, food trucks, beer and more.

Humans can enjoy beer tastings or grab a pint in the craft beer courtyard, sips from the bar, play lawn games and grab a bite to eat from tasty local food trucks.

Furry friends will enjoy their own beer tasting by Busch Dog Brew, cheese it up in the pet photo booth, sample treats and cut loose in our off-leash mini dog park.