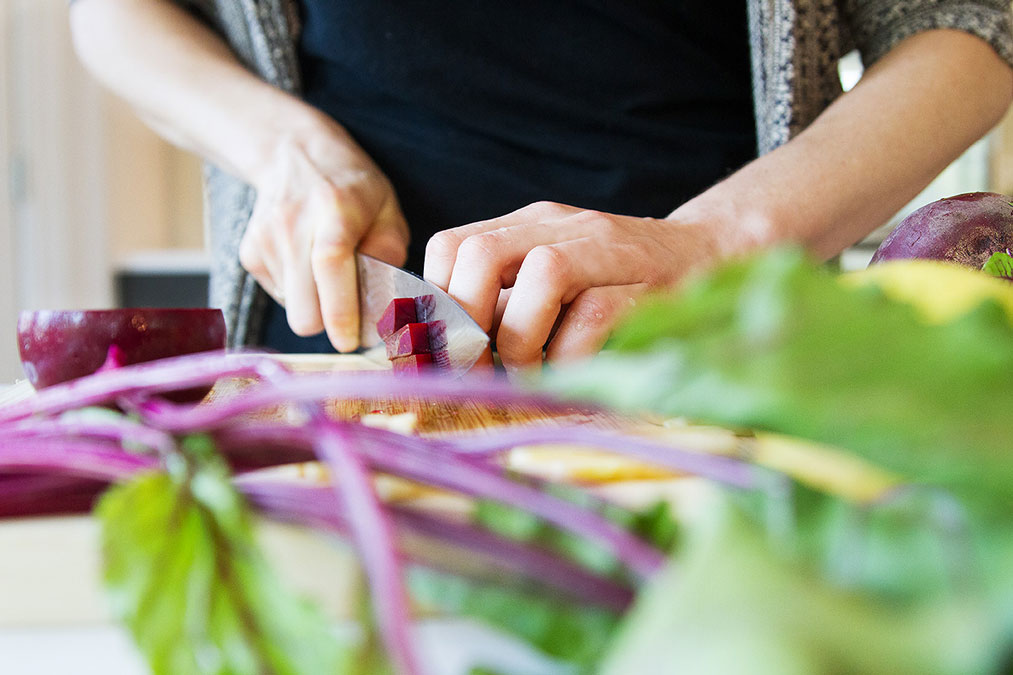 We had the pleasure of trying a brand new Nashville restaurant last night, and I’m pleased to say, it was fantastic! AVO is an all-new vegan restaurant on Charlotte Pike, just outside of downtown. We have been excited about trying this one since we heard rumors of it late last year, and we were absolutely delighted by the execution of this fresh concept.

While AVO’s grand opening celebration is still a week away (July 10), they have opened now with a limited menu to give us an idea of what they will be up to. As we found out last night, not only is AVO vegan, but each dish is also raw, gluten-free, and packed with nutrient-rich super foods. As we talked to the wait staff about the menu, we were excited to learn about the heaping spoonful of health we were about to ingest. There were exactly four entrees on last night’s menu, and since we had four people, we got one of each dish and passed them around.

Before I delve into specifics, I want to generally comment that the food we had last night was bountiful in flavor and texture, which made each bite delicious and interesting (not the qualities you naturally associate with raw food!) There was an overall richness to the dishes that I still can’t believe was vegan. Everything in the restaurant is hand crafted, and the delightfully creamy and delicious vegan cheeses and salad dressings were works of art. We can’t wait to try the vegan cheese tray after the grand opening. I also noticed that the dishes were well-seasoned and had complex flavors. I have noticed a growing trend of chefs over-salting food, especially vegan dishes, which they instinctually fear will be bland. However, AVO’s dishes were delicious without a coma-inducing amount of sodium, and the overwhelming word that comes to mind when thinking about last night’s dinner is FRESH. I swear, I felt healthier walking out of that restaurant than I have ever felt after a huge dinner. Overall, we were impressed with the flavor and texture profiles created with an all vegan and raw palette of ingredients. Here are some more details on each dish we tried… 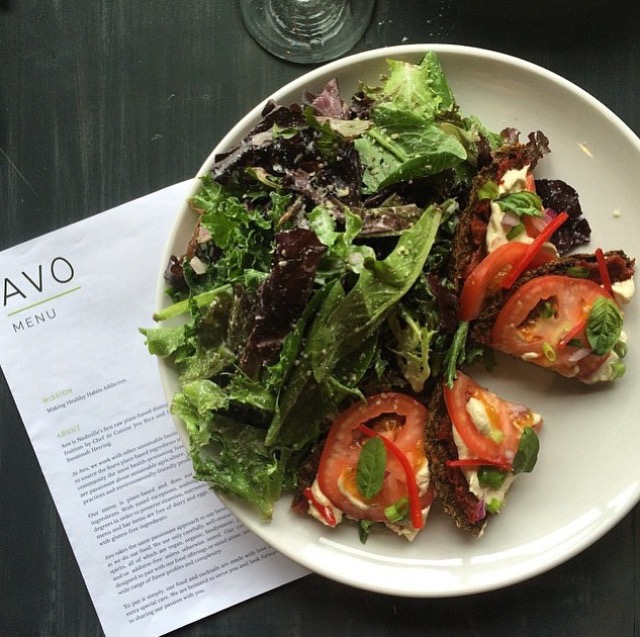 The Summer Pizza was unlike any pizza we’ve ever had. It had a delicious cashew & hemp cheese with fresh tomato and a tangy tomato sauce on top of a crust of sprouted grains. The texture and flavors were delicious, and it came with a large salad with a creamy Caesar dressing. All in all, delightful!

The Pesto Noodle Bowl had a base of zucchini and kelp noodles (which made me think the “Veggetti” might not be such a bad idea!) The pesto was flavorful and married well with the fresh nuts, sun-dried tomatoes and herbs in the dish. There was a creamy texture to the dish, and the interesting use of veggie noodles brought a fun mix of crunch and crispness to the dish.

The lasagna was one of our favorites. It features zucchini instead of pasta, cashew hempseed ricotta cheese, and a very rich sun-dried tomato sauce. We remarked that it was much different than ‘the kind Mom used to make,’ but the dish featured all of the flavors you love about lasagna with none of the bleached grains, saturated fat, or animal products. We were pretty impressed with this one!

The Pad Thai was a winner as well. This dish was the only one that was spicy, and it had a great kick to it. The almond sauce married well with the crispy, fresh vegetables, and the dish had a remarkably Thai feel to it without knocking you over with peanut and coconut flavors. Everything was subtle, and there were lots of fresh flavors going on inside this dish. I will also mention that the portion sizes of all of the entrees were huge and very decently priced…however, I’m very happy we didn’t get too stuffed from dinner because dessert was possibly the best part of the entire meal…

We decided to get the vegan cheesecake options (how could we not?!)– they had Key Lime and Green Tea available last night, and from what I understand, dessert options will be seasonal and made with fresh, local ingredients. I really can’t say enough good things about the desserts. Both were contained rich flavors with the perfect amount of sweetness. The Key Lime cheesecake was definitely on the tart side, but it was the most interesting cheesecake I’ve ever had. Garnished with flowers, fruit, and other super foods, both pieces of cake were also a beauty to behold. The Green Tea flavor was also perfect. I’m not sure which one I liked better. I don’t think you can go wrong with a piece of Avo’s handcrafted vegan cheesecake! I can’t wait to try the ice creams and other delectable dessert items. Between this and Khan’s brand new soft-serve ice cream (which I shall review soon), I think Nashville is really starting to become a delightful place to be vegan. No more lusting after California’s vegan scene on Instagram and feeling hopeless…the south has arrived!

So, to wrap this up, we absolutely loved AVO. To have a restaurant that is truly cruelty-free and passionate about serving healthy food is a wonderful thing. To have a restaurant like this that also serves some of the best food we’ve had in ages…priceless. We hope everyone gets a chance to visit AVO soon and give them love for the awesome work they are doing. Here’s to good health! 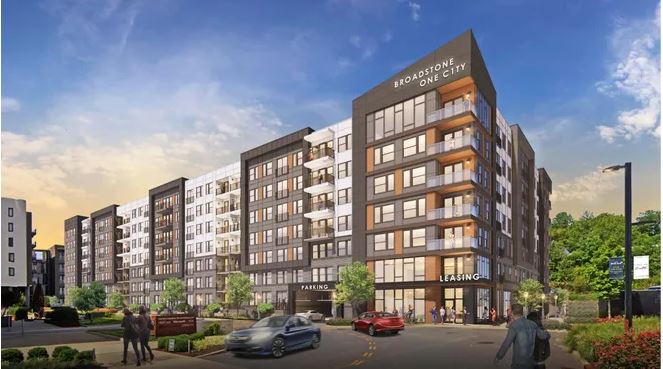