oneC1TY Doubles Down On Office Space 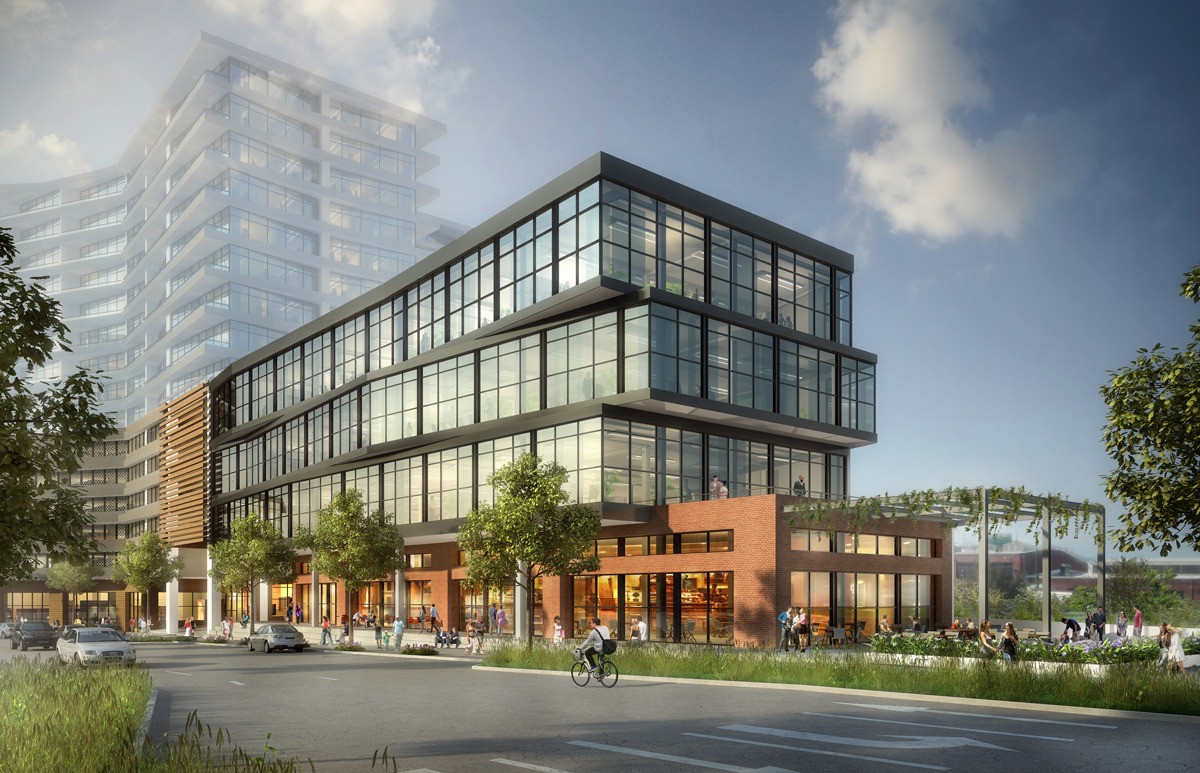 Ryan Doyle, like so many other developers in Nashville, plans to kickstart construction of an apartment complex and a hotel in his project this year on Charlotte Avenue — a closely watched element of Nashville’s frenzied real estate scene.

What will set his development apart is what happens next.

In late summer or early fall, Doyle aims to begin building the next wave of office space that’s part of the OneCity mixed-use development. Of everything igniting Charlotte’s revitalization, OneCity stands out for its size ($400 million, second only to Boyle Investment Co.’s Capitol View project) and its mission to embrace “mindful healthy living.” That branding has shaped the types of health care and tech companies, as well as restaurants and retailers, that Doyle is cultivating in his role with the project’s Dallas-based developer, Cambridge Holdings Inc.

OneCity’s next spurt of office space is a two-in-one deal. There’s the 55,000-square-foot building near Charlotte Avenue, with a modern and even industrial feel to the design that is intended to attract “creative office” and tech-intensive companies. Behind it, a 160,000-square-foot office building would rise 15 stories high, sitting atop a parking garage with nearly 1,000 spaces.

The forthcoming office buildings are pivotal for OneCity’s proof of concept, which ultimately calls for 800,000 square feet of office space — enough room for well more than 4,000 people to work.

Click here to read the full story as published by The Nashville Business Journal.

It’s never too late to start something new… Check out @eatavo’s Veganuary challenge to save 10% off your dining or orders and a chance to win a $100 gift card through January 31! 🥑

“I have decided to stick with love. Hate is too great a burden to bear.” - Martin Luther King Jr.

Come by and spread the love at our Love Seat + mural by @herbwilliamsart!

There’s no better time than NOW to prioritize your physical wellness and to get M O V I N G.

Whether you’re new to a workout, ready to get back to it or even a kiddo who’s full of energy, pop by our campus for some of the very best spots to get your sweat on: